Emma Bunton is one of Edina's clients. Although Absolutely Fabulous is a fictional comedy sitcom, Emma Bunton is a real person and not a character. But anyway, we should also know her for everything else that she has done, like her ex - singing career, not just because she is on Abfab!!

Emma Bunton was "Baby Spice" in Spice Girls (a girl band in the 1990s). Since then she has released several solo albums, hosted for a number of TV shows and worked as a radio presenter on the Heart Breakfast show. 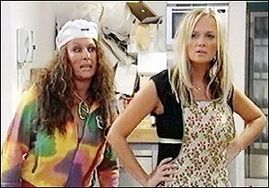 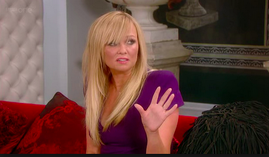 Add a photo to this gallery
Retrieved from "https://absolutelyfabulous.fandom.com/wiki/Emma_Bunton?oldid=4649"
Community content is available under CC-BY-SA unless otherwise noted.